CNBC Special Report: Who are the Super Rich?

Inside the world of multiple homes, personal staffs and expensive toys

Together with hundreds of thousands of newly minted multimillionaires, they live virtually untouched by an economic downturn that is having a crushing impact on many Americans, indulging in a parallel world of luxury where multiple homes, personal staffs and countless possessions grow along with their outsized fortunes. This creation of unprecedented wealth has brought us to a moment in American history that has been described as the “New Gilded Age.”

Once such wealth was a rarity, confined to a small group of people. But today their ranks have swelled so large that the Super Rich have created a world of their own populated by men like Tim Durham, a financier from Indiana whose net worth is over $75 million. 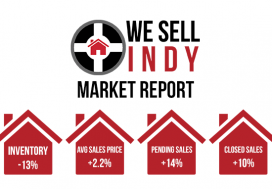 Looking for something to do around Indy?
Beneift for local gymnast, Samantha Peszeks, family!